Water Restrictions No watering every day from 10 am to 6 pm. Read more... 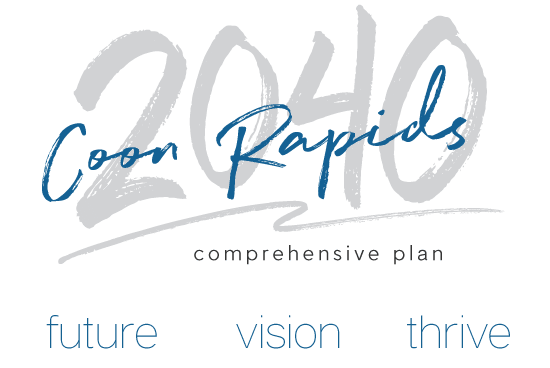 The Coon Rapids 2040 Plan is an update to the City's Comprehensive Plan, which guides future development, transportation, housing, water resources, parks and other public facilities through the year 2040. State Law requires that cities in the Twin Cities metropolitan area update their Comprehensive Plans every ten years. The 2040 Plan was adopted by the City Council in December 2019.

Public comments were considered as part of the 2040 plan which were gathered through online surveys and meetings.